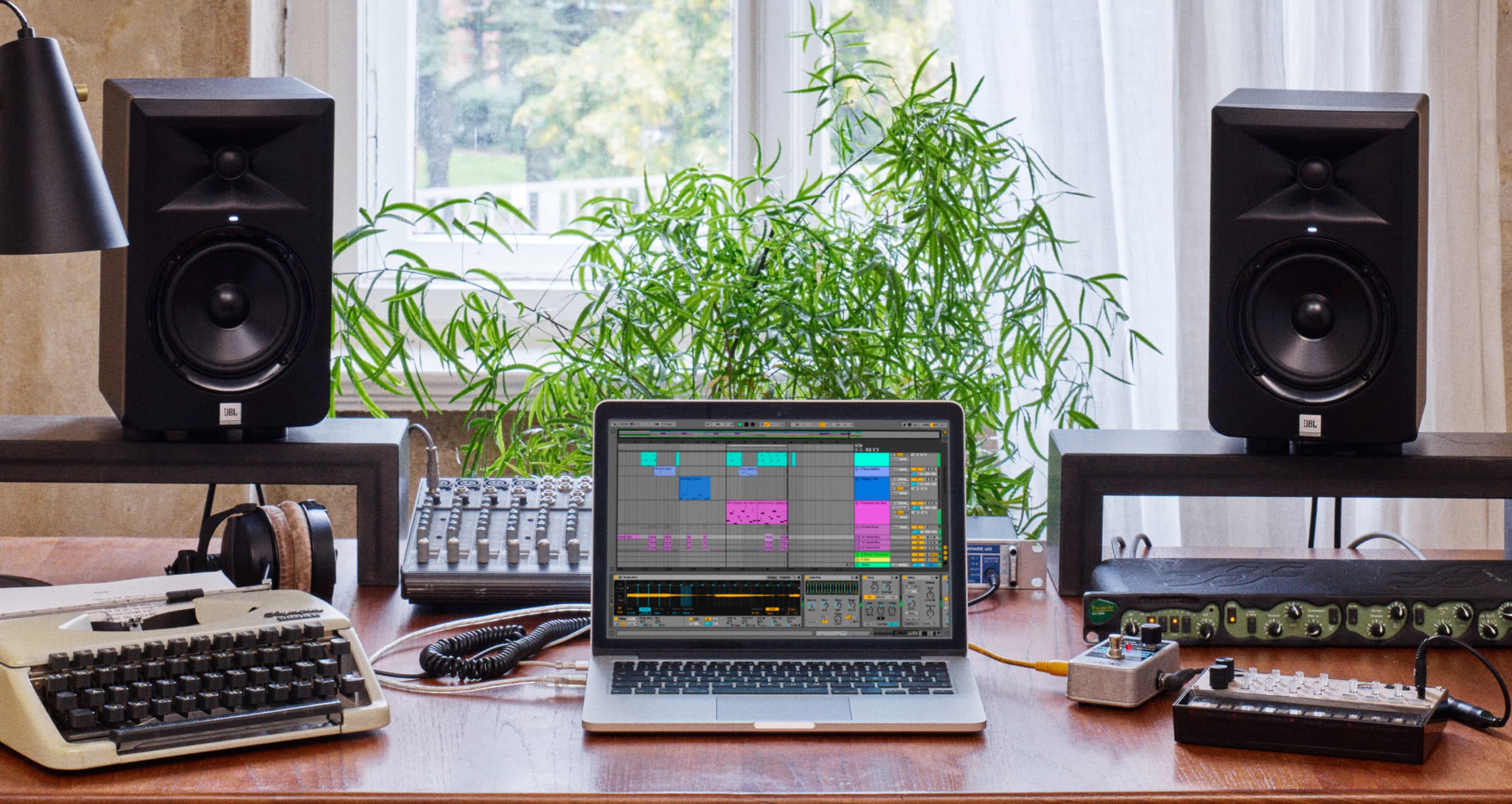 So far, we’ve taken a look at the most important set of rhythmical instruments in modern pop music; the drum kit. The kick, snare and hi-hats form the basis of almost every groove you’ll hear. But there are many other instruments available to us that can play rhythmical parts and can add an extra dimension to your track. Let’s take a look at a few: 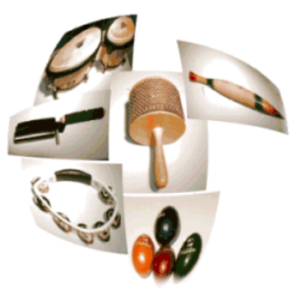 Percussion instruments are music instruments played by being struck, shaken, rubbed or scraped, hence the “percussive” name (which comes from the Latin word percussit, meaning to hit). Percussion instruments normally play rhythms, but they can also sometimes play melodies. Most percussion instruments have a distinct tone; even a drum such as a bongo can be tuned. But apart from a small subsections of instruments (including timpani, xylophone, marimba, vibraphone, bell, tubular bells and glockenspiel) none play a definite pitch. However, some percussionists tune drum heads to specific pitches when recording as the sound of the drum part can be improved immensely if the pitch is complementary to the track as a whole. Often, percussion instruments will come in pairs (such as bongos) or larger groups (such as temple blocks); here, there will be a high-low distinction while still retaining an indefinite or unspecified pitch.

It’s easy to overlook percussion parts when you’re programming grooves, but as every programmer knows, throw in some live tambourine or shaker playing and your whole track can come alive. Percussion adds extra ‘flavour’ to a track, a certain extra something you can’t really achieve any other way. 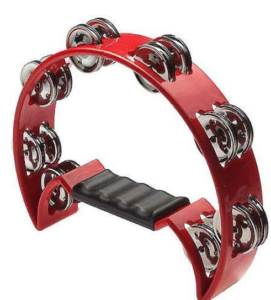 The tambourine consists of a single drumhead mounted on a ring with small metal jingles. It’s held in the hand and can be played in numerous ways, from stroking or shaking the jingles to striking it sharply with hand or stick or using the tambourine to strike the leg or hip. By stroking a thumb (or sometimes a finger) across the head of a tambourine, you can make a sustained roll.

The tambourine is used all the time in pop music, often struck at the same time as the snare drum on the drum kit is hit. A more common use is to shake it at a regular pace, making a straight 8s or 16s pattern. This increases the energy in a song quite effectively, and is often used as a highlight in the chorus section of a song.

All Mine by Portishead 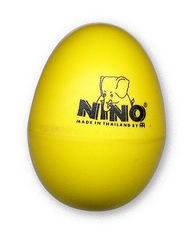 A shaker is often used in the same way as a tambourine, by playing a simple straight 8s or 16s pattern. There are many types of shakers, but the most common in popular music is the ‘egg’ shaker, made of plastic and filled with small hard plastic beads. It can be a lot louder than its size would lead you to believe.

Sympathy for the Devil by The Rolling Stones

Weed Bus by The Stairs

Maracas are simple instruments, usually played in pairs, consisting of a dried gourd shell filled with seeds or dried beans. They may also be made of leather, wood, or plastic. Often one maraca is pitched high and the other low. The instrument is of prehistoric American origin and you can hear them in many forms of Latin American music as well as in pop and classical music. Although a simple instrument, the method of playing the maracas is deceptively difficult. The seeds must travel some distance before they hit the leather, wood, or plastic, which means to get a decent sound out of it you have to be quite an accomplished player! Much like the shakers and tambourines, maracas are most often play in straight 8s or 16s patterns.

Sympathy for the Devil by The Rolling Stones 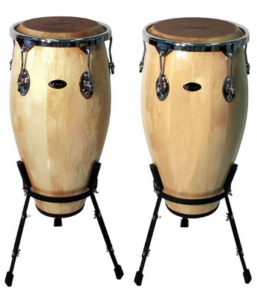 The congas are an essential component in your armoury of percussion instruments. The conga drum was adapted from Africa where it began as solid, hollowed out log with a nailed-on skin. Today, conga drums are sometimes made out of fiberglass as well as wood with a tuneable skin. There are four different sizes of conga drums. The largest is called the tumba, and the smallest is called the niño. Some players use a set of all four sizes.

On any percussion instrument of this type, tones can be played by either the heel of the hand or by one or more fingers. In addition to such tones, the drum head can be slapped. In the standard conga pattern for one drum, consecutive “dead” tones are played with a rocking motion – heel, fingers for two tones and fingers, heel, fingers for groups of three tones. The “rebound” is played with the same hand position as a slap but instead of slapping it merely falls on the head in order to imitate a dead tone.

If you’re programming a conga part and you want it to sound like a live player it’s essential that you use samples that cover the whole spectrum of sounds the conga can make. If you don’t, your pattern will sound fake and robotic, which can be good too! 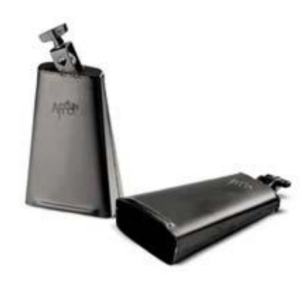 Clapperless cowbells (which means that they don’t have internal hammers) made of metal are an important element in Latin-American music. These cowbells are struck with a stick – the tone of the bell changes by striking different parts of the bell and by damping with the hand holding the bell.

In several parts of the world (notably in West Africa) pairs or trios of clapperless bells are joined in such a way that they can be struck separately or clashed together. Lots of songs feature cowbells; from the Beatles’ “Taxman” to the Rolling Stones’ “Honky Tonk Women”. Cowbells often play a straight 4s pattern, but can be heard playing all manner of different rhythms on other records.

A percussion sound that needs no introduction, but the handclap is one of the most useful sounds for adding that extra excitement you need in a chorus. Every drum machine and sample library includes a handclap sample, but there’s no replacement for the sound of a bunch of people clapping together into a microphone. Plus it’s fun! 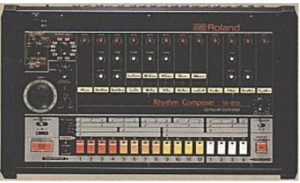 Acoustic percussion instruments are very handy when adding to the excitement and energy of your track, but why stop there?  Drum machine sounds can do the same AND they’re also a handy source of interesting noises. And if you’re lucky enough to be working with a modern sampler, you can retune the samples to play at any pitch you want.

The most popular drum and percussion sounds come from the machines that were manufactured towards the end of the 1970s through to the mid 1980s. Due to their internal, largely analogue circuitry, these machines have a distinctive sound that still sounds fresh and alive nearly thirty years on.

The two most famous and widely used drum machines are the Roland TR808 (still used on countless RnB and Hip Hop tracks to this day) and the Roland TR909 (the drum machine that gave as that  kick sound, and therefore modern House music).

There are hundreds of drum sample libraries that contain all the sounds from these drum machines, often with some extra treatment such as distortion and reverb. Purists maintain that their no better way of getting a genuine 808/909 sound than by using the real thing. Obtaining a unit in working condition these days is doable, but it’s probably not a good idea. They are usually very expensive, prone to break at the drop of a hat and very difficult to repair. Add the fact that they are notoriously fiddly to program and you can see that you’re much better off using samples. 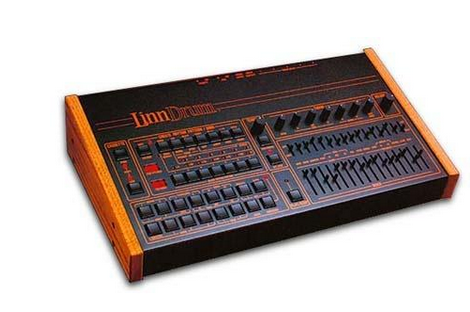 Where do we start? There are more percussion sample libraries available in the world than any other kind! Here are a couple of my favourites: 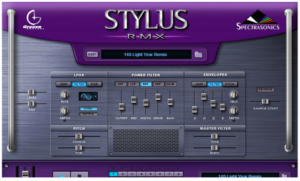 Stylus RMX by Spectrasonic contains hundreds of drum and percussion loops, as well as many single hits from a wide variety of instruments. It’s a great library, but has been a little overused in recent years, so you might have to be wary of sounding just like everyone else! 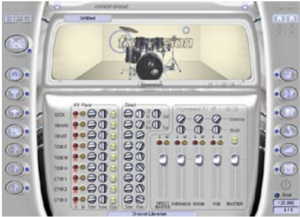 Fxpansion’s BFD drum library is superb, and the additional sample packs you can buy for it include many beautifully recorded percussion instruments and a whole load of drum machines too. If you’re after realism and accuracy, this is library for you.

Native Instruments Battery drum sample player is full of percussion and sounds great, as well as being easy to use. You can load your own samples into it too.

There are plenty of other ways of adding that missing power to your rhythm without opening up your percussion box. Often, percussion is best used as ‘icing on the cake’ of an already grooving rhythm, and that where we can turn to the other instruments at are disposal to give us an extra swing.

Through the decades, everything from brass sections to jaws harps have been used to keep the feet tapping and the dancers dancing. Here’s a few ideas to get your imagination working. 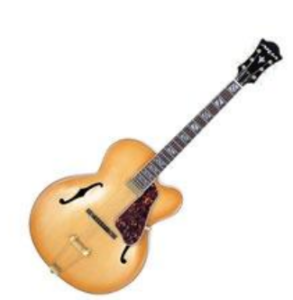 When we talk about ‘rhythm guitar’ parts, we generally mean chords played on an electric guitar in regular, strumming manner. This not only gives us a rhythm to groove to, but also backs up our chord sequence, giving us more power in our track.

Thinking of You by Sister Sledge

But if you’re not a guitar player, all is not lost. The excellent Virtual Guitarist by Steinberg enables you to add rhythm guitar patterns to your song by just playing the root note of the chords of your song. Virtual Guitarist then selects the correct sample for your chord, and plays realistic rhythms depending on the style you choose. 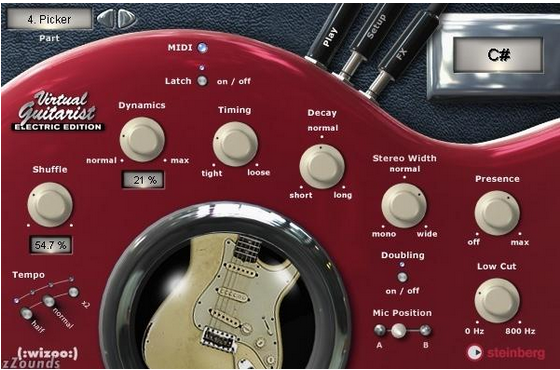 When we talk about keyboard parts, most people thing of long, swelling pads, sampled strings or hammond organs. But keyboard sounds can do a lot more than fill in the gaps behind your tracks. Here are a couple of ideas to get your keyboard creativity flowing: 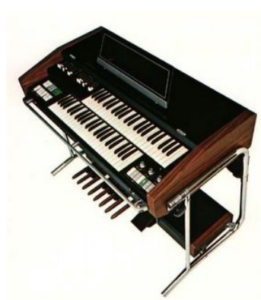 There are many Hammond (or Tone Wheel) Organ emulators available, from Native Instruments B4 to Apple’s (available in Logic). They sound excellent, and are a quick and easy way to get your hands on this classic sound. As soon as you start messing around with one, you’ll hear immediately how you can use them as a rhythmical part. In fact, Reggae from the 1960s and 70 used the Hammond Organ extensively to play ‘off-beat’ chords; short staccato chords that happened at a regular pattern between each beat.

Example Song: Jammin by Bob Marley and the Wailers 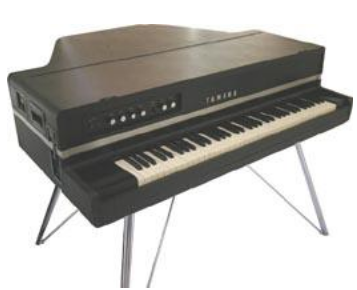 Fancy something classic, yet also bang up to date? Throw some simple, rhythmic chords played on an Electric Piano into your track. The most famous models are by Rhodes and Wurlitzer (which you’ll hear all over RnB tracks), but how about trying the classic CP70 by Yamaha? You’ll find samples of all of these pianos in your workstation

Example track: Somewhere Only We Know by Keane