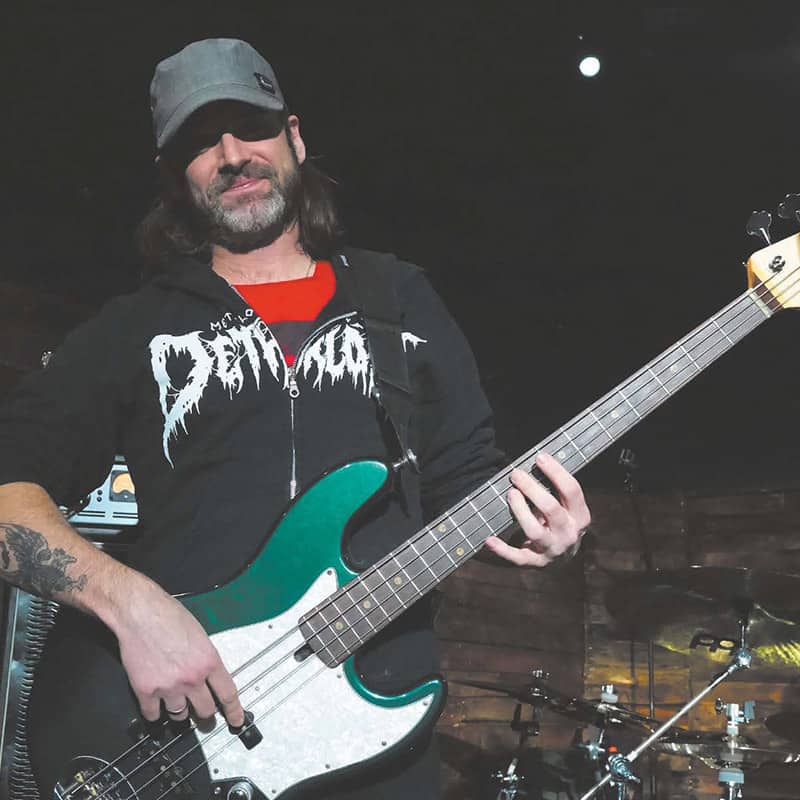 Pete Griffin is a GRAMMY®-winning LA musician who has toured the world with artists as diverse as Zappa Plays Zappa, Dethklok, and Hanson.

Pete realized it’s not enough to just be good at a musical instrument anymore, so became proficient with production and now produces and engineers sessions professionally. Having produced his own albums with fusion band Gryphon Labs and electronic project Captain Apathy, Pete knows what it’s like to wear many hats in the ever-changing modern music industry.

Pete has worked with the biggest names in rock, jazz, metal, and pop, including Chick Corea, Steve Vai, Brendon Small, Stanley Clarke, Danny Carey, Edgar Winter, and many, many more. Pete studied jazz and classical while playing rock and blues all over Chicago. After obtaining a B.A. in Music from Northwestern, Pete moved to Los Angeles to become a professional bassist.